Shippo Yaki, the Japanese words for cloisonne, is well known abroad as an outstanding example of Japanese traditional art crafts.

In early times, a caravan traveling through the great burning desert of Arabia found fusions of metals into glass.

They are original cloisonne enamels. In Japan, its origin can be traced back to the Nara Era（A.D.646-794）.

Shippo literally means seven heavenly treasures,which presumably come from a Buddhist sutra where we find an expression: Just like a lustrous tint of the treasure of seven jewels. These seven jewels vary by different sects of Buddhism, but the seven is generally know as gold, silver, emerald, agate, coral, crystal and pearl.

Modern Japanese cloisonne started to be remark-ably developped in the middle part of 19th century, when Dojin Hirata and Tsunekichi Kaji. succeeded in making a small container of cloisonne after experi-ment in for many years. Later, Kaji's pupils were instrumental in elevating the cloisonne techniques to the higt standard as we observe today.

Japanese cloisonne products are highly appreciat-ed by non-Japanese as well as by Japanese for their matchless gorgeous colors and refined taste. 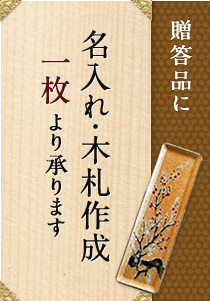